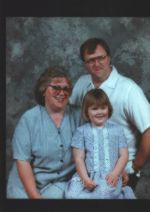 A summary of the case

Early on the morning on August 30th 2000, Christine Lundy and her daughter, Amber, were found brutally murdered in their home at 30 Karamea Crescent, Palmerston North, New Zealand.

Following their investigation, the NZ Police arrested Mark Edward Lundy (husband and father to the victims) and charged him with the murders. He was prosecuted and found guilty.

An appeal was unsuccessful and Mark is now serving a life sentence with a non-parole period of 20 years. Mark continues to maintain his innocence and realises that, unless the truth is established, he will serve his full term of 25 years. As he will never admit guilt, Mark is denied eligibility for parole.

The Crown alleged Mark drove at high speed from Petone, 150 km away, manipulated the computer clock to appear as though it had been shut down at a later time, murdered his wife and daughter, then drove back to his motel at high speed. Many doubt that Mark is capable of such brutal acts, and feel the verdict is unsafe.

The murder weapon, bloodstained clothes, and the stolen jewellery box have never been found. There is no explanation for where the offender cleaned up after leaving a blood-spattered scene. No trace of blood was found on Mark, his car, glasses, or jewellery.

There is no evidence that the high speed drive took place. A Police reconstruction took longer and used 40 litres more petrol, and this reconstruction did the North bound leg late at night, not in the rush hour as they had alleged Mark had done.

There is no evidence that the computer clock had been manipulated. This was simply suggested by the prosecution as an explanation for why the alleged time of death did not concur with the computer shutdown time. In addition only one of the two computers was cloned and examined. The laptop that Christine was to use to prepare her brother's tax return,  the Police have advised, was never cloned or examined by the Police or e-crime laboratory. This laptop was released to the family to use, and important evidence may have been lost as a result.

The motive alleged was that Mark was in serious financial trouble, and murdered his wife for the insurance money.